STAY OUT OF THE MAIN OFFICE! 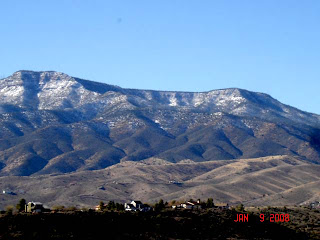 In TLW”s (The Little Woman) quest to enjoy every moment of every day on vacation, she would sometimes wander in the wee hours of the morning.

Every morning she would decide to go to the fitness room, and exercise a little. While she was doing that, I was doing something more productive, believe it or not. I was resting. Resting is a carryover from the night’s work that I do, and I do it seriously.

It seems every morning TLW would return from her exercise, and announce that she had signed up for some kind of nocturnal sequester in the main room of the resort, where the fitness room was located.

Our first night of nocturnal adoration had to do with an Indian, (oops, there I go again!) “Native American.” The guy was dressed like he was in a hurry, and couldn’t find his closet, so he wore whatever was lying around. Next to him was a group of flutes of various dimensions and shapes on one side, and a little kneeling bench with a rug, a small table and a pottery small cup. I thought the cup would be filled with incense, but he filled it with water to drink from. The kneeling bench I thought he would summon up a Navajo God or spirit, or something, but no, he sat on that.

Native American proceeded to select a conch shell from his little table, blow into it and put it down. That was the beginning of the end. Selecting from his rack of flutes, he starts to play this mournful tune that was fine, it didn’t make me nuts, and it kept me there along with his audience of TLW, #2 Son and two old ladies who I think had fallen asleep that afternoon from having tea, and no one came for them.

Well the flute player went from one to another flute, playing the same tune. In fact, he played the same tune on all his flutes. Each tune began by his describing what it was suppose to be. “Wind, fire, and water” or the ever popular: “Fire, water and wind.” Of course, he brought down the house with the Hopi best seller: “Water, fire, wind and more water.”

Turns out: the guy was from Guam, and his name was Tippy Schwartz who really lives in the Bronx.

Losing sleep over fear of reading another blog? Write to:
joedelbroccolo@yahoo.com,
tell him to stay in bed.
Posted by Joseph Del Broccolo at 12:00 AM