ITS DARK AND GETTING DARKER 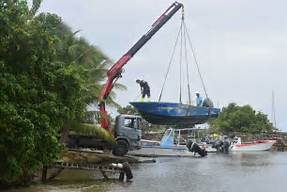 It seems that this year has been a very dark year with about 5 hurricanes that have devastated parts of Texas, Louisiana, Puerto Rico and Cuba. There was the horrific massacre in Vegas where a bloodbath took place, and there is the danger of nuclear war facing us as we deal with the little dictator from North Korea and the insidious attempts by Vladimir Putin.

Recently on the Dr. Phil Show, Dr. Phil was interviewing people that were shot in the la Vegas massacre at the hospital in their beds. Going from bed to bed to interview victims and hear their stories, he laid out the tragedy from the eyes of the victims as they related their stories when they were under fire. 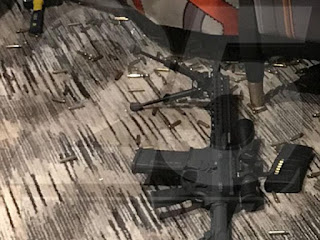 Being how sad it was and still is, I decided to change channels and as I perused I came upon Ellen Degeneres and her show. I thought that maybe she would lift up the spirits from all the bad news that Dr. Phil presented. That was not the case.

On Ellen Degeneres' show was Rickie Martin the Puerto Rican entertainer. Martin was relating how he went to Puerto Rico and had some footage shot of the disaster of Maria the hurricane and that he was returning with a planeload of necessities. He too went from person to person to interview them and hear what they had experienced and to give them help. From about $200,000 when he went on Ellen's Show originally to the day he reappeared on the show he raised $1.8 Million!

It seems all the news is bad, all the time and started back in January and hasn't let up. You put on the Mets and Jets and it takes another form. Put on the talking heads and they all beat to death the same old things, from inappropriate behavior by the President to his lack of sensitivity, where are we heading?